(014-035). Are you looking for the best pattern cutters in London ? I have been involved in the clothing industry for over forty years, becoming a  Freelance Pattern Cutter in  1984.

London has long been a world  leading centre for fashion, with its fashion industry employing around 50,000 people. London accounts for around half of all UK jobs related to fashion design and garment development.

London fashion businesses used to be concentrated  mainly in either the West End, North of Oxford Street or the East End, round Brick Lane.  North London  had some fashion industry, while South London had very little. Pattern cutting was a much in demand skill then, as it is today.

As a Freelance Pattern Cutter today,  work is spread much more widely around different areas of London. Many new fashion businesses and young Designers are located around Camden, Shoreditch, Hammersmith, Fulham, Tottenham and Brixton. 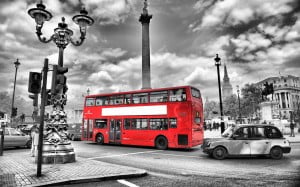 Over the years there have been many technological changes that have altered the job of pattern cutting significantly.

By far the  biggest changes have been in the computerisation  of pattern cutting. Computers certainly have had an impact in the freelance pattern cutting world. But manual pattern making is still in high demand.

The ability to store patterns digitally, to be able to print them off at the click of a button, and to send them to anywhere in the world is invaluable.

Digitalisation cant be beaten for efficiency and usefulness. Better results will always be achieved when using traditional manual methods, although it is possible to mix the two methods satisfactorily.

The other great advancement  has been the advent of the Internet, which has made it far easier to market  freelance services. Ten years ago the only way  to market as a freelance pattern cutter, apart from sending hundreds of letters or making hundreds of phone calls was to advertise in Drapers Record at significant cost and with little response.

Today 70% of my work is located in London, while Scotland accounts for 10% and the rest of the UK accounts for the remaining 20%.

I am sometimes asked if there is a difference between a Pattern Cutter and a Pattern Maker. I tend to use both terms equally, as they describe the same job.

A Cutter (fabric cutter) however is not the same as a Pattern Cutter.  Often factories will have a Cutter who will also cut simple patterns or make simple alterations to patterns.

In order to competently cut patterns however, it is necessary to be doing the job day in and day out for year after year.

A fabric cutter will be very skilled at his job of cutting fabric and understanding fabrics, but is unlikely to be a skilled Pattern Cutter.

Pattern Cutting On The Stand.

Although I spent four years at college studying to be a Pattern Cutter, learning only really began when I started work as a Pattern Maker for Jaeger in 1975 – and had to work with patterns constantly.

Even then I feel that my progress in learning the job was considerably slowed because I was initially working solely “on the flat” rather than “on the stand”.

That is, I was working with a pattern on the table, according to instructions and theory rather than putting the shape on a mannequin and seeing what was really happening.

When I started it was  easy to get a job as a paid Pattern Maker straight out of college. Today  there is a glut of graduates who do not have the skills or experience  that employers require.

The lucky graduates get to work as Internees with little or no pay and often long hours in order to gain the experience.

Pattern making skills cannot be picked up quickly, but takes  years of experience. The best way of acquiring the skills is to learn how to model on the stand in combination with working on the flat.

Pattern cutting is a skill that requires many years of practise to achieve even a basic level of competence. Ten years experience is the very minimum required before you begin to be competent.  Once you have  the basic skills, then it becomes easier to pick up new related skills.

While some people may have an innate talent, pattern cutting is not an artistic skill like designing, where talent  can transcend experience to a large extent.

Pattern cutting requires an eye for detail as well as patience to make sure that all the pieces fit together correctly. Today I can provide patterns for any type of style, from swimwear and lingerie through to complicated tailored jackets and dresses.

There are two basic types of clothing pattern makers in the UK – Those that are more artistic  with flare, but little patience for precision. And those that are very precise and almost architectural in their creation of a pattern.

“Strive not to be a success, but rather to be of value”   ALBERT EINSTEIN

There are two distinct ways of creating a pattern, as well as variations in between. Some Pattern Cutters will draft their patterns on the flat, while others will model them on the stand.

I tend to combine the two methods, although I think that modelling on the stand is essential in learning to understand how pattern cutting works and how the shape of the body influences the fit and hang of the garment.

Modelling On The Stand.

All Pattern Cutters should learn how to model on the stand rather than from a draft or an existing shape that is created on the flat, even if their initial patterns are poor as a result.

Obviously in a work situation you don’t have the luxury of experimentation in this way, so a combination of methods would probably work best.

When you work on the flat you are only guessing that what you are doing is correct. You are working on theory rather than reality. You may of course be very good at that, but it will never take over from the reality of seeing something on a mannequin or a body.

We run a number of short pattern cutting classes form our London studios in Greenwich, for anyone interested in learning about how to make patterns.

Sleeves are often  a source of confusion for beginner Pattern Cutters. Although I tend to draft sleeves first, then model them on the stand to achieve a good fit , some people do model them entirely on the stand.

If I am teaching someone to draft a sleeve pattern I will show a very simplified version, using the specific armhole that it is meant to fit into. I wont for instance move the front and back seams to achieve a more aesthetic appearance as this can be done later.

I feel that it is a better way to understand the process than to draft a sleeve where “E to F equals one fifth of A to B minus one third of C to D plus . 7 cms.”, or whatever the current formula is.

If I am drafting a tailored sleeve I will place the paper pattern of the body on the stand and I will measure the height of the armhole. On the pattern This tends to measure as the average armhole height less 4 cms.

I would then measure the armhole circumference and add whatever ease I think is needed, so I can then determine the bicep width. From there I can draft the rest of the sleeve.

This type of sleeve will hang vertically (with a forward pitch) and so will require a fair amount of ease to go over the bicep in order to attach to the shoulder. The amount of ease will also effect the sleeve head height.

Most sleeve drafts show the under sleeve as following much the same shape as the armhole. This is fine if the arm is not raised, needs to be flatter if allowing for some lift in the arm.

Sleeve cap ease adds even more confusion for the trainee Pattern Cutter. In the tailored sleeve, because it hangs vertically it has to go over the bicep to meet the shoulder, so it needs  sufficient ease to add extra length.

Sometimes a compromise has too be met as the fabric may not allow for much ease. Or the manufacturers may not be able to sew the ideal amount of ease efficiently.

Bespoke Tailors can put far  more ease into a sleeve than a normal manufacturer, because they can afford to take more time to achieve a perfect fit. They will prepare the sleeve head by pulling in the ease and shrinking the fabric before attaching to the armhole.

When we grade patterns we generally  ignore the bicep and just grade for the chest measurement. Theoretically the sleeve head ease should also be graded, but it rarely is.  This means that the bicep is under graded on each additional size.

Some beginner Pattern Cutters think wrongly, that all sleeves require ease.  If you are draping the sleeve  on the stand you will  see that when the arm is raised above a certain point there is no need for ease because there is a straight line between the wrist and the shoulder, so the sleeve does not need the extra length to go over the bicep to the shoulder.

We always use very experienced pattern cutters, highly skilled in their specific fields. Again, this is very important. It can cost you a lot of money if the patterns are not right, as you may end up paying for multiple samples. And if the shape is poor you will sell fewer garments and get many more returns.

We do offer pattern cutting workshops, but these have to be at least four hours long. As a start-up workshop I would suggest that they are used to create your specific design rather than as a general pattern cutting class.

If you use the workshop to create a pattern for your own design, you are able to have more input into shaping that design. The pattern cutter can create the patterns alongside you.

What is A Creative  Pattern Cutter ?

Although the computer pattern cutter also creates a pattern, they are not considered to work in as creative a way as the “toilist”, or the flat pattern cutter.

The flat pattern cutter on the other hand could be considered more creative than the computer pattern cutter, because they work manually rather than on a computer screen.

In the past, these two roles would have been done by one person, while the factory pattern cutter may have adjusted the supplied pattern  to make it easier for the factory, or to suit their machinery or construction methods.

As someone who has been both a freelance creative pattern cutter and a production pattern cutter for forty years, I find this division of roles completely unsatisfactory.

As a creative pattern cutter, the link can be lost from the first pattern to the final sample, because you are not kept informed of any alterations. So you could be making the same errors over and over again.

As a production pattern cutter you lose the creative side of the work as you only get to adjust other peoples patterns.

Anyone considering employing a freelance pattern cutter would need to employ someone experienced  in both the creative side and the production side of pattern cutting. It is no good being able to create marvellous shapes if you do not know how to construct a lining pattern correctly.

How To Be A Freelance Pattern Cutter.

We also run a very popular Freelance startup workshop if you really want to take the plunge. This is a short, intense workshop run by our resident fashion business expert, Emile.